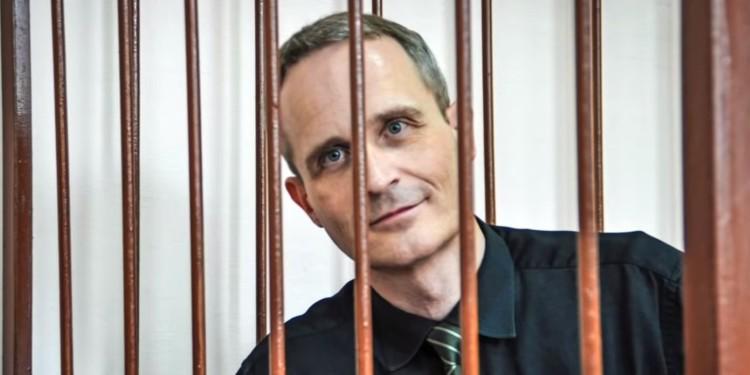 On February 6, 2019,  Judge Aleksei Rudnev of the Zheleznodorozhniy District Court of Oryol, announced the verdict in the case of Dennis Christensen. Dennis Christensen was found guilty under Article 282.2 (1) of the criminal code for “organising the activity of an extremist organization.” He has been sentenced to 6 years in prison.

The decision has not entered into force. His lawyers believe the verdict is unjust and will be appealing the decision. Meanwhile, Dennis Christensen will remain in Detention Facility No. 1 in the Oryol Region, where he has already spent 622 days. He is able to receive letters of support.

“We deeply regret the conviction of Dennis Christensen,” said Yaroslav Sivulsky, a representative of the European Association of Jehovah’s Witnesses. “An innocent man who did not commit any crime was convicted. It is sad that reading the Bible, preaching, and living a moral way of life is again a criminal offense in Russia.”

Case of Christensen in Oryol

Регион:
Oryol Region
Населенный пункт:
Oryol
Номер уголовного дела:
11707540001500164
Текущая стадия дела:
приговор вступил в силу
В чем подозревается:
according to the investigation, together with the others he conducted religious services, which is interpreted as “organising the activity of an extremist organisation” (with reference to the court’s decision on the liquidation of the local organisation of Jehovah’s Witnesses)
Расследует:
Investigative Department of the Directorate of the FSB of Russia for the Oryol Region
Возбуждено:
23 May 2017
Number of the case in court:
1-37/1
Considering on the merits:
Zheleznodorozhnyy District Court of the City of Oryol
Judge:
Aleksei Nikolaevich Rudnev
Appellate Court:
Oryol Regional Court