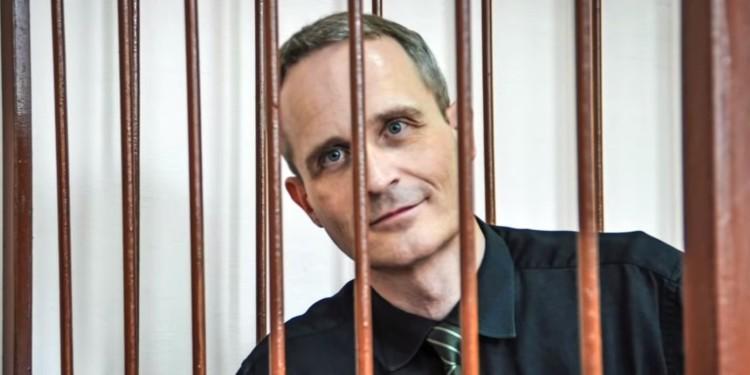 The International Memorial, a Russian historical and civil rights society, issued a statement Feb. 8, 2019, demanding the immediate release of Dennis Christensen and the rest of the arrested Jehovah's Witnesses.

Recalling the decision of Russia's Supreme Court to ban Jehovah's Witnesses in Russia as an extremist organization, the human rights activists chronicled a sobering rebuke: “This shameful and anti-legal decision brought Russia into line with countries notorious for its most odious regimes. Jehovah's Witnesses were brutally persecuted in Nazi Germany. In all democratic countries, Jehovah's Witnesses operate freely. […]A six year sentence that Christensen was handed for exercise of the constitutional right to freedom of worship is rather comparable to terms of punishment that Jehovah's Witnesses had received in Soviet time.”

The international society thus once again has drawn attention to the incompatibility of persecution of Jehovah's Witnesses with common sense: “It is absurd when Jehovah's Witnesses who had been convicted by the Soviet regime (there are hundreds of ruined lives due to this and the Memorial is aware of them) are recognized as victims of political repressions in accordance with Russia’s Law on Rehabilitation of Victims of Political Repressions (1991) and at the same time the current followers of Jehovah's Witnesses are sent to prison.”

Summarizing the above, the Memorial stated: “This verdict proves again handicaps of Russian “anti-extremist” legislation, which allows adding almost everyone to the list of extremists. We demand to lift the unconstitutional ban on Jehovah's Witnesses.”

Case of Christensen in Oryol

Регион:
Oryol Region
Населенный пункт:
Oryol
Номер уголовного дела:
11707540001500164
Текущая стадия дела:
приговор вступил в силу
В чем подозревается:
according to the investigation, together with the others he conducted religious services, which is interpreted as “organising the activity of an extremist organisation” (with reference to the court’s decision on the liquidation of the local organisation of Jehovah’s Witnesses)
Расследует:
Investigative Department of the Directorate of the FSB of Russia for the Oryol Region
Возбуждено:
23 May 2017
Number of the case in court:
1-37/1
Considering on the merits:
Zheleznodorozhnyy District Court of the City of Oryol
Judge:
Aleksei Nikolaevich Rudnev
Appellate Court:
Oryol Regional Court