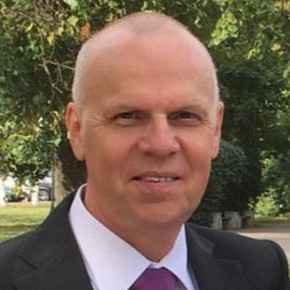 On 15 July 2018 Vladimir Alushkin was arrested in his own flat in the city of Penza. A few days earlier a criminal case had been initiated against him under Article 282.2(1) of the Criminal Code of the Russian Federation. What do we know about him?

Vladimir was born in 1964 in the city of Salavat (Bashkortostan) to a working family. When he was a child he often went with his parents to the mountains and into the countryside, he loved swimming. Later he moved to Penza; in 1986 he graduated from the Department of Radio Electronics of the Penza Polytechnic Institute. He was working at a scientific research institute when he married Tatyana, who worked as a programmer.

In 1995 Vladimir became interested in the Bible, noting its positive influence on his wife. As a result he found answers to the many questions that had perplexed him. They have a friendly and close-knit Christian family. In July 2018 the life of the Alushkins changed dramatically — armed security forces with machine guns brandished burst into their flat, conducted a search and arrested Vladimir.

His family, neighbours and co-workers are shocked by such treatment of this peace-loving man. They gave positive character references of Vladimir to the court: he is a good, sympathetic, decent and peaceful person. His friends sincerely hope that the absurd accusations of extremism will be withdrawn.