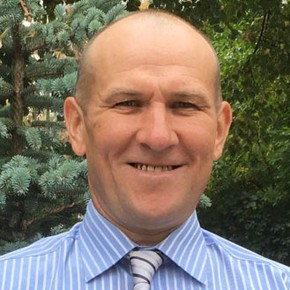 On 15 July 2018 as a result of mass raids on believers in Penza several people were detained, including Vladimir Kulyasov. He spent two days in a temporary holding facility and was then put under house arrest. He is charged under Article 282.2(2) of the Russian Criminal Code in connection with extremist activity. What is really known about this person?

Vladimir Kulyasov was born in 1974 in the city of Insar (Mordoviya). Since childhood he has loved technology and cars, which determined his choice of profession — after graduating from vocational school he became an auto mechanic. Since 1994 he has worked as a driver. At PKTBA Company, where Vladimir worked, he was recognised as employee of the year. He received a diploma, an award and a medal, and his photograph was placed on the honour board.

In 2006 Vladimir got married. After living for several years in Moscow, the couple returned to Penza in 2010. His wife Snezhana got Vladimir interested in the Holy Scriptures. He was amazed that everything predicted in this book comes true. It so happened that the Bible became the first book he read from beginning to end. This couple highly values the Bible and successfully uses it to strengthen their family and raise their child. They are convinced that the absurd accusations of extremism are incompatible with Vladimir’s peaceable life principles.