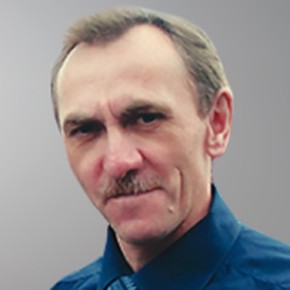 A large-scale operation aimed at intimidating Jehovah's Witnesses believers took place February 15, 2019, in Surgut. Law enforcement officers broke into locals’ homes in the city, some were tortured, and criminal cases were initiated against 19 people. One of them was Sergey Loginov. According to his words, he had undergone "torments" in the Surgut Investigative Committee facilities and then was sent to a pre-trial detention center. What do we know about Mr. Loginov?

Sergey was born in 1961 in Bashkiria. He lost both parents in early childhood and took care of his aunt for many years until she died. As a child he was engaged in farming. Later he became a power system engineer. He's been living in Surgut for the last 30 years. Most of this time he has been a Bible student. He is single.

Since 2010, he has been employed by “TyumenEnergo,” an electrical power grid company, where he has established an outstanding record. Mr. Loginov received awards from the Khanty-Mansi Autonomous Area governor and Ministry of Fuel and Energy of the Russian Federation.

“An expert, qualified and motivated worker," says Mr. Loginov's reference from his place of employment. "He made a great contribution in North region electric power industry development. More than 60 electrical substations were put into service with his direct involvement. He turned out to be a talented teacher and prepared several generations of specialists in energetics. He managed not to lose his enthusiasm and now zealously shares theoretical and practical knowledge with young experts on carrier current protection. He shares his skills and professional knowledge of distribution facilities and electrical substation equipment engineering aspects as well as in emergency and fire prevention. For many years he's been working without any breakdowns and staff injuries. Repeatedly he received merit awards for his good work. He successfully passes his qualification tests. Colleagues treat him with due respect for his bona fides and kind-heartedness.”