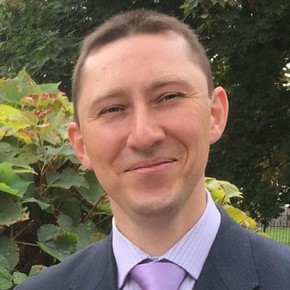 Andrey Magliv was born in 1984 in the city of Serdobsk (Penza Region). He is an individual entrepreneur. Ever since childhood he has loved to draw, and he studied at art school. In 2006 he graduated from Saratov Agrarian University, where he first began to think about God and spiritual matters and about all the injustice in the world.

Later he moved to Penza, where he worked as a store manager, confectioner, skilled computer repairman and bathtub restorer. In 2012 he married Nataliya. They love to spend time together, cycling, skiing and playing table tennis. Together they care for Nataliya’s sick mother, who is housebound.

In the summer of 2018 armed men in masks burst into a flat where Andrey and a few friends were gathered. Andrey was arrested and charged with extremist activity. This came as a real shock to Andrey’s relatives, who know him as a peace-loving person. Even those who do not share his Christian beliefs do not understand how this can happen in a country where there is freedom of religion.