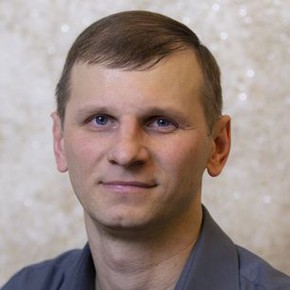 Aleksey was born in 1977 in Surgut. He has a younger brother. Since childhood, Aleksey was deeply intrigued by spiritual matters concerning the existence of a Creator, what the Bible contains, etc. Later he found compelling answers for his questions in the Scriptures. His parents initially opposed spiritual investigation by their son, but then, they say, the Bible made him a better person while many children of their friends died due to drug use or selling drugs – Surgut was hit by a wave of drug addiction at that time. This changed the parents’ attitude toward the religious choice of Aleksey and they realized living by high moral standards is beneficial.

Aleksey successfully works as a welder. In 2013, he married Anna, an accountant. Soon after their marriage, they moved to the city of Megion (Khanty-Mansi Autonomous Okrug), but returned to Surgut after two years. Then two daughters were born to them.

Aleksey’s colleagues and loved ones cannot comprehend his persecution since they know his family to be decent, honest people. Aleksey’s mother, who does not share his religious beliefs, is indignant and says, “It has been allowed for so many years, so why is it banned now?”