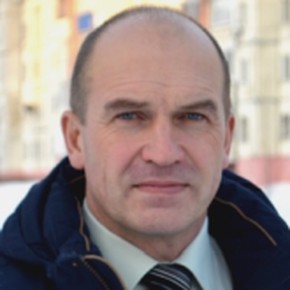 On February 15, 2019, one of the most massive waves of intimidation of believers at that time was carried out in Surgut. Security forces were breaking into houses of local residents around the city, some were tortured, and criminal cases were initiated against 19 people. Artur Severinchik was one of them. What is known about him?

Artur was born in 1968 in Vladivostok. A crane operator by profession, he is fond of fishing and amateur radio. As a child, he used to go fishing on a boat with his father. He has recently engaged in gardening, does maintenance work, and repairs TV and other home appliances.

Since 1990, Artur has been married to Irina, a teacher of preschool education and an artist of easel painting and graphics. A few years after the wedding, the couple undertook a serious study of the Bible, which led each to make a conscious decision to live up to the principles of Christ. Artur says that he used to believe in God, but had no knowledge. The Bible study helped both spouses to strengthen their faith and to see God's hand in their life. The family has four adult children, and they like to go fishing together.

The whole family was shocked to learn about Artur's detention. They feel hurt over the cruelty and humiliation that fellow believers face today. Many of Artur's relatives and colleagues who do not share his religious views are puzzled and question whether authorities have found "extremism" in his religion.