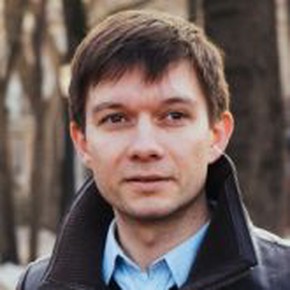 On February 4, 2019, in Saransk (Mordovia) criminal proceedings were initiated against three Witnesses accusing them of extremism. They are specifically accused of “spreading ideology and faith among the inhabitants of the Republic of Mordovia.” One of those arrested was Aleksandr Shevchuk. What is known about him?

Aleksandr was born in 1989 in Pyatigorsk. He has a brother. From childhood he has been a responsible person and was very studious at school. He later received a certification in the field of landscape gardening. After moving to Saransk he worked in furniture production. He likes sports, especially basketball and table tennis. Aleksandr is known to be a good friend who is ready to help at any time of the day or night.

Aleksandr comes from a religious family, many of whom were repressed during the Soviet years. His great-grandfathers and great-grandmothers were exiled to Siberia in 1951 for their Christian faith. There, in exile, his parents were born.

Because of his peace-loving Christian convictions and therefore his conscientious objection to military service, Aleksandr asked to perform alternative civilian service. As a result he was taken into custody in Khimki near Moscow. To accuse a peaceful person of extremism sounds particularly ridiculous. Relatives are rightly worried about him and feel that even during the Soviet years, laws were not applied in such an arbitrary way as they are today in Russia.

Nikulina Elena
Никулина Елена
Номер уголовного дела:
11907890001000003
В чем подозревается:
according to the investigation, they "disseminated ideology and faith among the citizens of the Republic of Mordovia… by conducting convers​ations with citizens of Saransk and other population centers" which is interpreted as "organising the activity of an extremist organisation" (with reference to the decision of the Russian Supreme Court on the liquidation of all 396 registered organisations of Jehovah’s Witnesses)
Регион:
Mordovia
Номер дела в суде:
1-13/2022 (1-216/2021)
Расследует:
Investigative Department of the Directorate of the FSB of Russia for the Republic of Mordovia
Населенный пункт:
Saransk
Текущая стадия дела:
приговор вступил в силу
Возбуждено:
4 February 2019
Черновик письма был создан в вашем почтовом приложении. Если он автоматически не открылся, перейдите в него.