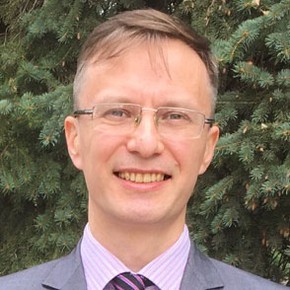 On 15 July 2018 several detachments of law enforcement officers invaded the apartments of believers in Penza and detained several people. One of them, Denis Timoshin, spent two days in a temporary holding facility and later was placed under house arrest. He is charged with participation in extremist activity (Article 282.2(2) of the Russian Criminal Code). What really is known about him?

Denis was born in 1980 in the city of Volzhskiy (Volgograd Region). In childhood he was fond of mathematics, computers and sports. He worked repairing household appliances for many years.

As a teenager, he discovered amazing facts about the origin of life and the complexity of living organisms. This convinced him that all living things must have an intelligent Creator and aroused his interest in the Bible. From the Bible he learned that Jesus Christ taught to love your neighbour as yourself. Denis has been striving to adhere to this commandment ever since then. It is for this reason that he asked to replace military service with alternative civilian service.

In 2004 he married Viktoriya and in 2006 this young family moved to Penza. The Timoshins are known as cheerful and hospitable people who love sports, fishing and other activities. Viktoriya makes jewellery and does interior design.

Although Denis’s relatives do not share his religious beliefs, they are puzzled by the criminal prosecution of this peace-loving person and hope that the regrettable judicial error will be corrected.