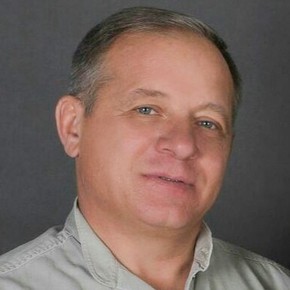 Sergey graduated from the sports college and worked as a school teacher for some time. Later he had been doing military service for 27 years in the Russian FSB border troops. Sergey used to live in Shimanovsk (Amur Region), then moved to Blagoveshchensk. He has been a military pensioner due to the service length since 2012. Sergey married Valentina in 1995. They have a son.