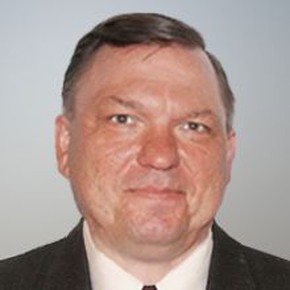 On November 10, 2018, in the city of Khabarovsk, members of the Russian riot police unit (OMON) burst into an informal party at a local café and arrested several local residents including Vitaliy Zhuk. A criminal case was brought against them under article 282.2 (extremism) and as a result, Mr. Zhuk was remanded to Federal Detention Center. What do we know about him?

Vitaliy Zhuk was born in 1972 in the city of Khabarovsk and grew up in the village of Krasnorechenskoye (Khabarovsk Territory). He was the third of five children in his family. From age 17 until his arrest he had been working as a welder and earned appreciation for his professional experience and responsibility among all his co-workers. He is married and has two daughters.

When Mr. Zhuk was nearly 20 years old, he became very sick and was hospitalized, which caused him to reflect seriously on the purpose of life. The quest for spiritual knowledge led him to a Bible study that helped him find logical answers to his questions. Since then he has put God’s service first in his life.

Among his relatives he is seen as kind, humble and considerate. They are observing the fine effect that Bible study has on his household and they fail to understand why he is in prison now. Relatives and acquaintances hope that these unfounded accusations of extremism will be dropped.

Zhuk Tatyana
Жук Татьяна
Номер уголовного дела:
11802080002000048
В чем подозревается:
according to the investigation they organised the activity of the religious organisation of Jehovah’s Witnesses in the city of Khabarovsk (with reference to the decision of the Russian Supreme Court on the liquidation of all 396 registered organisations of Jehovah’s Witnesses)
Регион:
Khabarovsk Territory
Номер дела в суде:
1-1031/2021 (1-18/2020; 1-553/2019)
Расследует:
Investigative Department of the Investigative Directorate of the Investigative Committee of Russia for the Khabarovsk Territory
Населенный пункт:
Khabarovsk
Текущая стадия дела:
разбирательство в суде первой инстанции
Возбуждено:
10 November 2018