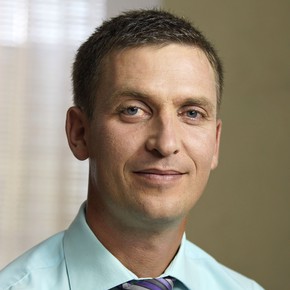 Aleksey Budenchuk was born in 1982 in the village of Shirokoye (Saratov Region). He has a younger brother. In order to support his family materially (his mother lost her husband early on and also became disabled), Aleksey left his studies at the medical university and started to work, acquiring a number of professions.

Aleksey is a versatile man: he is interested in medicine, fishing, gardening and landscape design, he repairs cars and renovates flats. His spiritual search while at the medical university led him to believe that man and the universe have a Creator and that the Bible is His word. In 2003 he married Tatyana, who shares her husband’s Christian beliefs; she also shares his passion for medicine and gardening.

The couple has two school-aged children. Yegor successfully participated in the All-Russian Competitions, he draws and writes poems, and Sofiya enjoys singing. The Budenchuk family has a positive character reference from the administration of their municipality. The couple has “a good reputation as conscientious, non-confrontational, respectful people… The psychological atmosphere in the family is stable”, says the character reference. About Tatyana in particular it says that she is “tactful, patient, able to make concessions and she teaches this to their children.” The whole family is described in positive terms by the administration of the school the children attend.

Aleksey’s non-religious relatives are completely bewildered by what had happened. Since they do not understand the reasons for the criminal prosecution of this peace-loving man, they are trying to help as much as they can.

Miretskiy Aleksey
Мирецкий Алексей
Номер уголовного дела:
11807630001000037
В чем подозревается:
according to the investigation, together with others he conducted religious services, which is interpreted as “organising the activity of an extremist organisation” (with reference to the decision of the Russian Supreme Court on the liquidation of all 396 registered organisations of Jehovah’s Witnesses)
Регион:
Saratov Region
Номер дела в суде:
1-333/2019
Расследует:
Investigative Department of the Directorate of the FSB of Russia for the Saratov Region
Населенный пункт:
Saratov
Текущая стадия дела:
приговор вступил в силу
Возбуждено:
9 June 2018